The trail runs on abandoned rail lines and as such is relatively flat, making it perfect for casual riders.  The popularity of the trail since its inception in 2012, is a testament to its success.  It’s a gravel trail so we opted to rent mountain bikes rather than ride our road bikes.  There are rental facilities in each town along the trail.  To find all the information that you will need to plan your trip, check out the www.haurakirailtrail.co.nz

The trail runs from the town of Thames, which is 115 kilometers from Auckland.  From Thames, it heads southeast for 33 kilometers to Paeroa.  From Paeroa, two options exist.  Head northeast for 25 kilometers to Waihi or southeast for 21 kilometers to Te Aroha.   (Here’s a map.)  If you are keen to cycle all of the legs, there are companies that will carry your luggage from point to point for you.  As an alternative, make Paeroa home base and do each leg as an out-and-back journey each day.  You can cover the whole trail in three days.

We chose to start the trail at Paeroa and head to Waihi and back for a total of 50 kilometers plus a few extra kilometers for side trips.  This section of the trail has the most sites along the route so it is a good place for our first experience on the HRT. 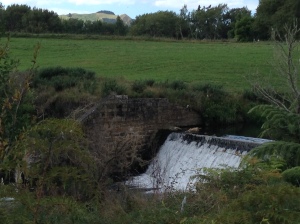 It follows the Ohinemuri and Lower Waitawheta Rivers for the majority of the route, so there is always a cooling breeze, plenty of shade from the riverside trees and the gentle gurgle of the river as a charming background to the crunch of the wheels along the gravel paths. I happily noticed on the trip out, we were running against the current of the river.  This meant we were heading slightly uphill the way out and would have an easier downhill ride on the way home when we would be tired.

The highlight of the route is the Karangahake Gorge (14 kilometers from the start in Paeroa) and its gold mining history.  Park your bike at the gorge site and take a 2 ½ kilometer walk along the Windows Walk where abandoned rail tunnels from the Talisman and Crown gold mining operations are accessible. Along the walk, there are small windows carved out of the mountainside that afford overlooks into the gorge.  There are remnants of the ore processing plants to explore here, which in New Zealand parlance are called batteries.  Built in the 1890’s, they were the first batteries which used cyanide to extract the gold, which was then dumped into the river, not something that our modern-day sensibilities would allow.  In the period 1883-1933, 4 million ounces of gold was extracted here. Walk along the suspension bridges that pass over the Ohinemuri and Waitawheta rivers. 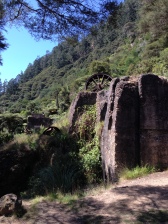 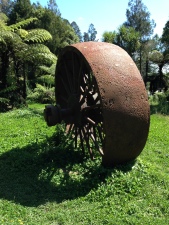 After leaving the gorge, cross the Ohinemuri River and enter a 1070-meter-long Karangahake rail tunnel, built from 1900 to 1905, used for the transporting of gold from the gorge.  It’s lit but take off your sunglasses.  Hikers share the trail, so be careful and keep to the left.  This is New Zealand, after all.  If you are so inclined, take a detour to the Ohinermuri Estate Winery at the start of the tunnel or perhaps it is better to visit on the ride home, when you have a few more kilometers under your belt. 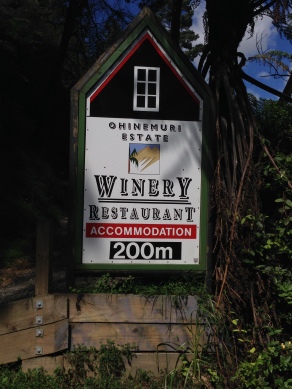 Further along, pass through the Victoria Battery, remnants of another gold processing plant.  A quote on one of the information boards caught my attention.  Joseph Killey, who worked as an accountant at the mine during its heyday, reflected on his time there, just before his passing in 2002.

“I found it difficult to reconcile the prosperity of the company with the primitive working conditions and sub-standard housing for staff.  But in those days any job was a good job and gold-mining was one of the few industries not affected by the worldwide depression.”

Victoria Battery in its heyday.

After a stop at the Victoria Battery, detour across the Ohinemuri River into the town of Waikino.  View the Owharoa waterfalls and lunch at the Waikino Station Café.  Somehow in our planning, we didn’t know about this stop!  A reason for us to go back next year. (Avoid the Bistro at the Falls Retreat just before Waikino if you happen to pass mid-afternoon.  We arrived there at 1:30 expecting lunch, to find they only serve cheese plates and dessert until later in the day, when they offer dinner service.)

The terminus of the route, a further 5 kilometers or so beyond Waikino, is Waihi.  Have a wee stop at the Waihi train station on the way into town.  A heritage train runs from Waikino to Waihi and back several times a day, if that is appealing.  The schedule is available at www.waihirail.co.nz 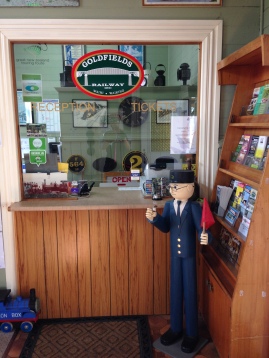 The highlight of Waihi is an active open pit gold mine and the dramatic 1903 Cornish Pump house which rests at the edge of the mine.  Remarkably, the pump house was moved 300 meters in 2005 to prevent it from collapsing into unstable land adjacent to the mine.  The pump house makes for a dramatic skyline entering into the town. 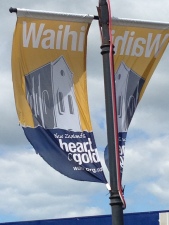 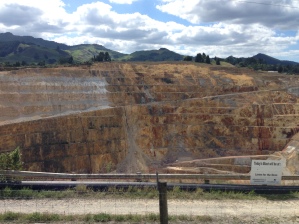 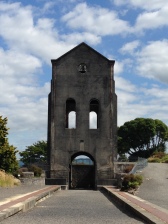 The truly ambitious can ride an additional 10 kilometers to Waihi Beach, though it isn’t mapped as part of the HRT.

Time to turn around and head back to Paeroa.  Thankfully, it is mostly downhill as I had hoped.  Enjoy the return ride through the rail tunnel.  See if you can make it the whole way without pedaling.

We covered 55 kilometers in about six hours, including time to tour the Karangahake Gorge and the Windows Walk and a lunch stop in Waihi.  It’s fairly manageable for most, but if it is a bit too ambitious for your liking, go only as far as Waikino.  Have lunch there and then head home.  It is still a great day of riding and touring.

It’s feasible to do this ride in one day from Auckland, driving out in the morning and heading home after a day of riding.  We chose to stay overnight in Paeroa and then head off to do some hiking near Thames the next day.  Alternatively, there are the two other rides to try – Paeroa to Te Aroha or Paeroa to Thames. We look forward to trying them next year.

Paeroa is a quaint town with an ample selection of lodging and restaurants.  Staying overnight is a good choice, especially if you plan on riding more of the trail.

Paeroa is best known as the home of “Lemon and Paeroa” or L&P, a lemon and mineral water soft drink initially manufactured in Paeroa in the 1940’s from local mineral water and lemon juice.  Now owned by Coca-Cola, it is manufactured in Auckland and sold mostly in New Zealand, Australia and Britain.  A giant L&P bottle marks the entry into town and there are references to it all through the town.

Another great day, courtesy of my bike.